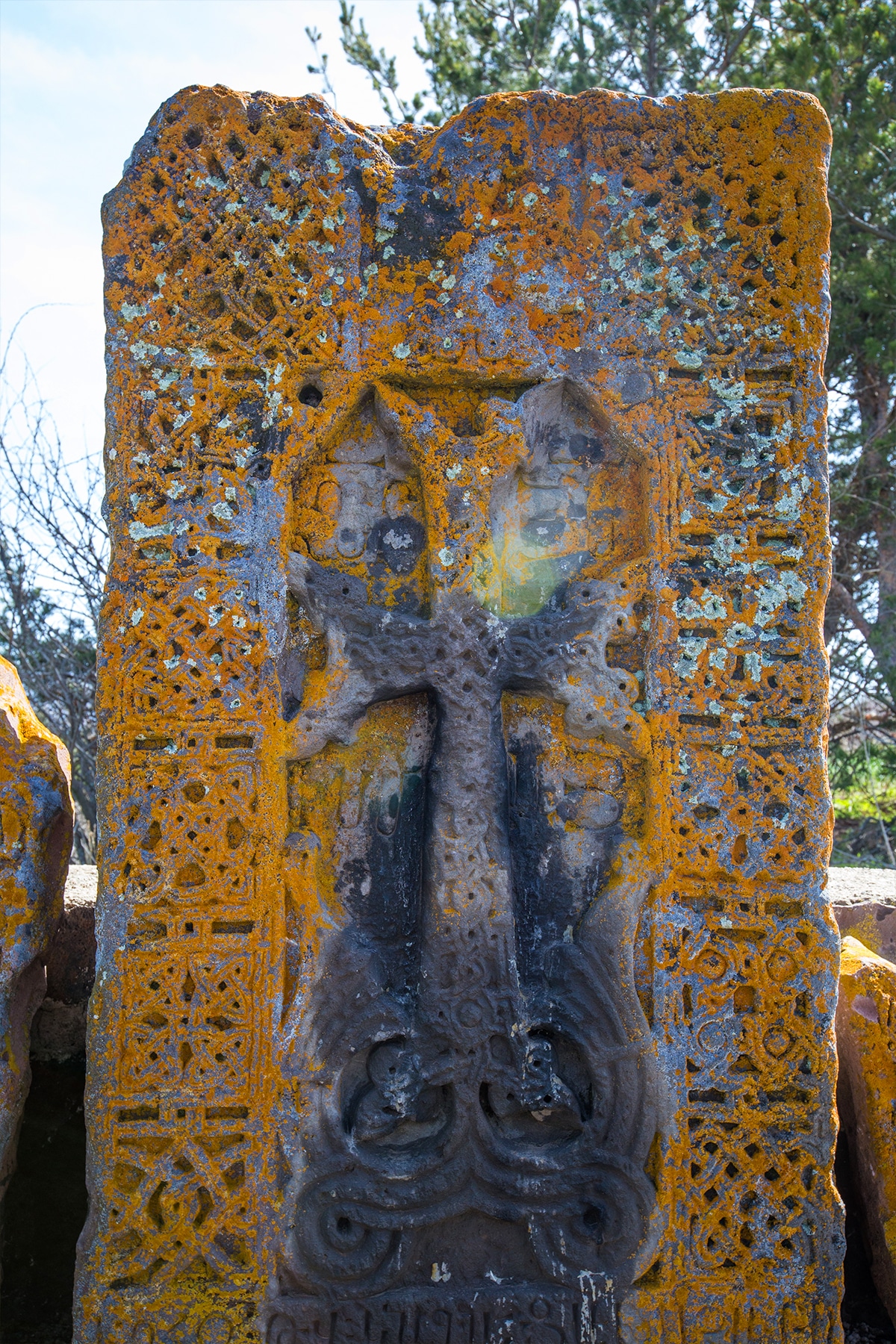 Sevanavank was disassembled during soviet rule under Stalin. There is a new monastery and seminary just down the hill from the ruins.

Along the peninsula with Sevanavank an amazingly gorgeous large house is situated which serves as the Armenian summer presidential residence. It is secured and you can’t get  close to it  but you can get a good glimpse at the grounds from the trail behind Sevanavank.

Just to the back of the monastery ruins there are large stones with crosses and small sanctuaries.

Back down in the parking lot, there are numerous stalls of vendors selling icons, religious items, traditional Armenian goods, copper pots and cups.

At the end of the 9th century the monastery was a ground of the great battle between Armenian tsar Ashot nicknamed “Iron” for his strong character and Arabs led by commander Bashir whose purpose was to conquer the area. Ashot and his very small detachment with a group of monks heroically defended the monastery for a few months not allowing the enemies to reach the island; then he fought the Arabs in open battle and defeated them. The island with the Black Monastery was repeatedly attacked by other invaders: Tamerlane’s hordes, Persians. The monks fought off the raids and the monastery lived on. In the 16th – 17th centuries it lost the walls. The monastery ceased to exist in 1930 when the last monk left the island.

Today the two black temples  stand deserted like two guards of this ancient lake. The view from there is simply magnificent: the mountains surround lake from all sides and snow tops are seen almost on the entire perimeter and disappear behind horizon. And behind the horizon of the dark blue open water space shrouded in fog are the green mountain slopes whose tops are covered with snow even in summer.