The observatory was founded in 1946 and is home to what was for several years the largest telescope in the USSR. Under Hambartsumyan’s leadership, studies at the observatory related to instability phenomena around the universe, which remains the cornerstone of their research program today.

Armenia has a long history of astronomical study dating back several thousand years and the observatory played a crucial part bringing it into the realm of modern science and study. The campus, owned by the Armenian National Academy of Sciences, was designed by the famous Soviet architect Samvel Safaryan.

The grounds are beautifully landscaped and maintained, and the observatory hosts guided tours in several languages  and also accepts proposals to use its powerful telescopes. 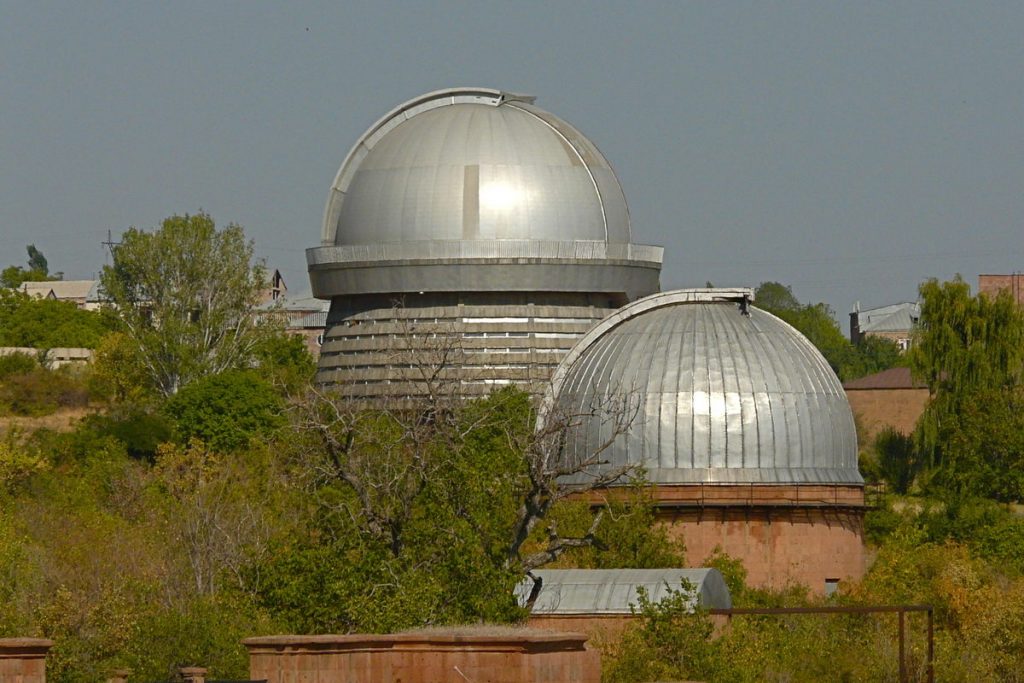 The Byurakan astronomers collaborate with scientists of France, Germany, Italy, UK, Spain, Russia, USA, Mexico, Japan, China, India, and other countries.The Byurakan astronomers work actively due to the international collaboration and grants, and a number of valuable contributions in science. A significant progress started with the establishment of the French-Armenian collaboration in 1994: the 2.6m telescope was put to re-operation with modern equipment, Armenian astronomers visit the French astronomical centres for short-period research work, BAO’s library receives again journals and books.

BAO is known for a number of important meetings held in Byurakan: IAU Symposia No. 29 held in 1966 (The Non-Stable Phenomena in Galaxies), No. 121: Observational Evidences of Activity in Galaxies (1986), No. 137: Flare Stars in Star Clusters, Associations and Solar Vicinity (1989), and No. 194: Activity in Galaxies and Related Phenomena (1998); IAU Colloquium No. 184: AGN Surveys (2001); the First International Symposium on Communications with Extraterrestrial Intelligence (CETI) in 1971; ESO-Byurakan School in 1987, and many others.